Havana has swag. Havana oozes charm, enchantment and personality (as anyone who’s enjoyed a holiday in the Cuban capital can confirm) but now all of this has been officially recognised by one publication, at least where one specific part of Havana is concerned - its historic centre.

Havana has swag. Havana oozes charm, enchantment and personality (as anyone who's enjoyed a holiday in the Cuban capital can confirm) but now all of this has been officially recognised by one publication, at least where one specific part of Havana is concerned – its historic centre.

According to Time Out magazine, Old Havana is one of "The 50 coolest neighbourhoods in the world", ranking at number 39 (surely, at CubaDirect we think it deserves a much higher ranking), proving that as the city's beating heart it's an obligatory stop on any Cuba holiday.

The criteria for the selection of the world's coolest neighbourhoods included elements that went beyond the aesthetics, historical value and culture (Old Havana is a tough rival to beat in those areas with its photogenic blend of old and new, striking juxtapositions, old-world feel, shabby chic elements, infectious music and sultry, romantic persona – it's absolutely irresistible, a must-see, oh, and it's celebrating a mega birthday soon!).

To make the final selection of the world's coolest neighbourhoods, Time Out researchers first went and asked city residents around the globe (over 27,000 of them) to help them pinpoint the most overrated and underestimated neighbourhoods in their town. Then, they turned to expert Time Out editors to decide which neighbourhoods made the final cut.

For the ranking, editors took into consideration several factors, such as whether locals could still afford to live there, whether there was an up-and-coming arts scene, a lively cultural vibe, good dining venues and a buzzing nightlife. Of course, Havana has all of that and more, even when it faces many challenges that it tries hard to overcome (such as the ongoing restoration of many old buildings and the overcrowding of families in some of these historical timepieces).

The good news is, that as the Historian of the City promised at the start of this year, it's all onwards and upwards for this part of town, which will receive special attention during the November celebration of Havana's 500th anniversary. Not that Old Havana is lacking the attention now, as more and more tourists pour in to photograph its many awe-inspiring corners. But now there's even more reason to come and see it now, as it continues to transform, evolve and inspire without forgoing its pastel-coloured colonial essence and classical feel.

No Cuba holiday is complete without a stop in Havana, and as its oldest part, if there was only one place in the Cuban capital that you have time to see, it would definitely have to be Old Havana! Not just because now it's "officially" one of the coolest neighbourhoods in the world but because it perfectly summarises Cuba and its many facets in one single place full of exciting nooks and crannies to discover.

And there you have it, yet another great reason to make Havana your next destination and start planning Cuba holidays that include a stay in the capital. 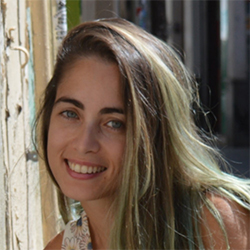